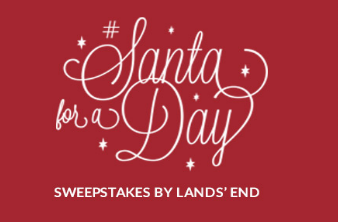 ELIGIBILITY – The Promotion is open to legal residents of the 50 United States (excluding Puerto Rico) at least 18 years of age (except Alabama and Nebraska 19 and Mississippi 21) at the time of Promotion registration; and Canadian residents (excluding Quebec), that have reached the age of majority in the Province in which they reside by the start of this Promotion.

PRIZES – SWEEPSTAKES GRAND PRIZE (1): One (1) Grand Prize will be awarded, consisting of:
Ten Thousand Dollars ($10,000) spending money (awarded in the form of a check)
Five Thousand Dollars ($5,000) awarded to the charity of the winners’ choice**
*If Sweepstakes Grand Prize Winner does not respond to prize notification within forty-eight hours of Sponsor’s first attempt of Winner Notification, Sponsor shall select and award the charity of its choice and deliver prize money no later than December 22, 2017. The Average Retail Value (“ARV”) of the Sweepstakes Grand Prize is $15,000.00 USD.
INSTANT WIN PRIZES (4): A total of four (4) Instant Win Prizes will be awarded, as detailed below:
One Thousand Dollars ($1,000) Lands’ End gift card
The ARV of all Instant Win Prizes is $1,000.00 USD