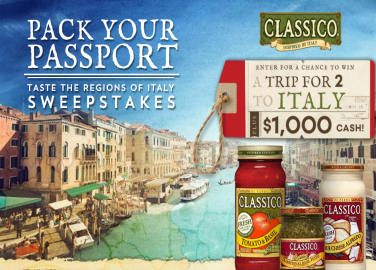 ENTRY LIMIT – Limit of one (1) entry per eligible person, per day, during the Promotion Period.

ELIGIBILITY – This Promotion is open only to legal residents of the contiguous 48 United States and D.C. who are 21 years of age or older as of the Promotion start date.