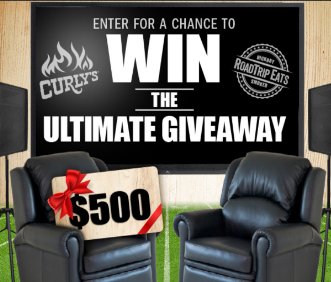 ENTRY LIMIT – Limit: One (1) Entry per person during the Sweepstakes Period regardless of whether entrant has more than one email address.

ELIGIBILITY – The Curly’s RoadTrip Eats Couch-Gating Giveaway (the “Sweepstakes”) is open to legal residents of the 48 contiguous United States, plus the District of Columbia., age 18 (except in AL & NE – 19 and MS, 21) or older at the time of entry.