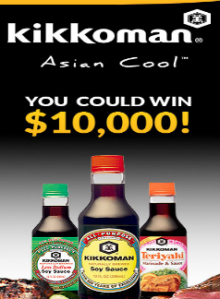 ENTRY LIMIT – Limit: Each entrant may enter/play one (1) time per day during the Promotion Period.

ELIGIBILITY – The Promotion is open only to legal residents of the fifty (50) United States (and D.C.) and Canada (excluding Quebec) who are at least eighteen (18) years of age at the time of entry.

This site uses Akismet to reduce spam. Learn how your comment data is processed.